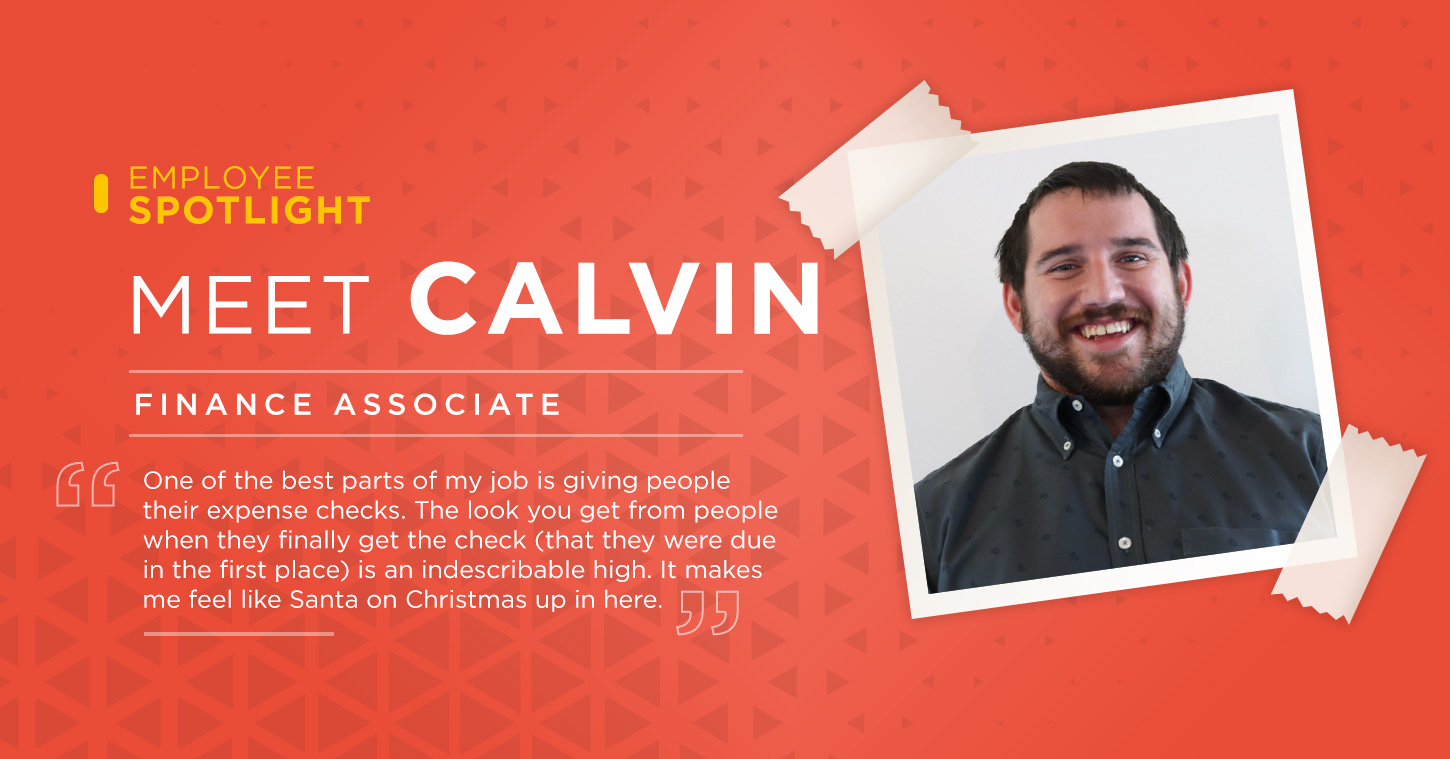 by Victoria Cohen
in People
Comments

In a company brimming with spirited salespeople, you wouldn’t expect the finance guy to be the class clown. But here’s Calvin, Cybba’s Finance Associate, crackin’ jokes, writin’ checks, and takin’ names.

Learn more about Calvin, in his own words, below.

How long have you been in this position?

Thank you for that precise number. What job did you want to have you were a kid?

Sports agent. All my friends said they wanted to play in the NBA or NFL. I did too, but I knew better.

Describe the path that brought you to Cybba.

I wanted to live and work in the city. Things had gone pretty stale at my last job.

What do you enjoy the most about your role?

Run us through a typical day in the Cybba office for you.

It usually starts with me bombarding Lauren, Director of Revenue Operations, with the inner thinkings of a madman until she taps out, or as she mercifully phrases it “needs to go to a meeting.”

The rest depends on the day and where in the month we are. The first couple weeks have a more set structure. In the second fortnight of the month, I have more time to focus on other daily issues.

What is your best productivity tip for getting it all done?

Well, I don’t drink coffee, so general disdain for my fellow man is usually enough to get the pistons shooting in the morning. There’s always something to be upset about, so I try to channel that frustration to work in my favor.

Beyond that, compartmentalizing / segmenting when I work on certain projects helps. I think everyone can relate to trying – or at least wanting – to be in the right mindset when handling certain aspects of their job, but every day can deal you a wild card.

Not sure anyone should be taking advice from me about how to have a productive work day either, but I definitely have my own system, if you’d be generous enough as to call it that.

What are your favorite brand(s) and why?

I was really hoping I’d get to tell you my favorite TV shows. I feel like no matter what you say for your favorite band, there are going to be people that rip on you for it. If you just say The Stones, then you’re unoriginal. So, I guess I’ll go with Motely Crüe.

To be honest, I don’t particularly care for their music, but their on and offstage antics are enough to make even the most depraved lunatics blush. I’d like to think that’s how I’d carry myself as a rockstar, but, in all seriousness, they were way too hardcore for me.

We were actually asking about brands, not bands. But we'll let it slide. What’s the best (non-Cybba) marketing campaign you’ve seen?

That’s a tough one because I know there have been some good ones. Anheuser Busch does a pretty good job, but I don’t think it takes a marketing wiz to sell beer. Nike has had some  good ones, too. I remember always liking the Nike Freestyle commercials when I was a wee lad.

What is your favorite place in Boston?

The North End. Food aside, I’ve always loved history, and the North End is obviously the heart of Boston history. From the old architecture to the narrow roads, and the mini garbage trucks that work them, everything just has that European vibe that you can’t get anywhere else.

What are 3 things you can’t live without?

Well I don’t want to imagine a world without The Sopranos, but TV in general. Then water and roast beef sandwiches. Anyone not from the North Shore might not understand the roast beef, but I can assure you it is a thing, and it will be a spiritual awakening for you.

If you weren’t working in digital marketing, what would you be doing?