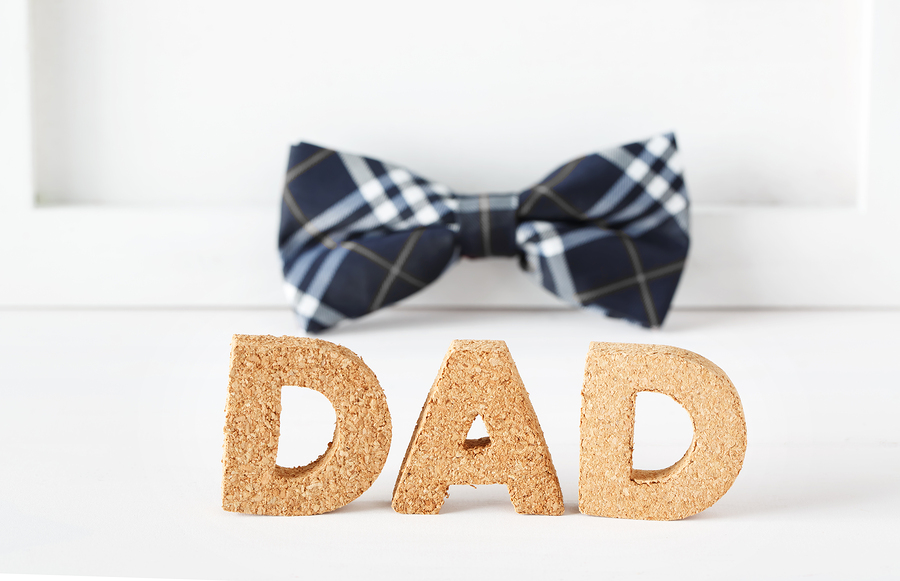 In the marketing world, Father’s Day is longer than 24 hours. It’s a season, strategy, quota, and set of metrics – like any holiday. But the this year's Father’s Day campaigns are unique, in that rather than giving you, the viewer, an idea of what kind person you want to be, the best ads show you who you want your dad to be – and how X product/service will get him there.

Here’s our analysis of this season’s most effective Father’s Day Marketing:

While Gillette’s “Go Ask Your Dad” campaign comes every year, this one is unique. Notice how it takes stock of current marketing trends and subtly puts them to work.

Gillette utilizes nostalgia so the viewer feels like he missed out on quality time with his dad. But wait: there’s a solution to help you reconnect, which is putting away the digital helper (Siri, Alexa, Echo, Cortana, etc.) you rely on. The video aims to say that the best advice you can possibly get will come from your dad. Which, of course, mirrors Gillette’s trademarked slogan, “the best a man can get.”

What makes this ad smart:

Humor: Cheerios – How to Dad

You knew we would have a humorous ad on this list , and that’s because humor is a widely effective marketing technique. While yes, this ad is from 2017, it still remains the most humorous Father’s Day ad out there.

Why humor is effective:

Humor offers something for people to relate to, as they laugh and think, “yes, that’s what it’s like.” Using humor early in an ad warms people up to a brand and makes people more susceptible and trusting towards an overall message. Making a really funny ad also increases social sharing, boosts your ad’s exposure, and can even get your campaign on lists like this.

Why this ad works:

The man featured in this video is who dads want to be. In the style of Ferris Bueller, the man explains why being a dad (him) is so great: his kids love him, he’s cool, his jokes land, he’s friends with his kids, and he can also give them advice and tell them what to do. He talks about how he wouldn’t have it any other way, which every dad has said thousands of times. 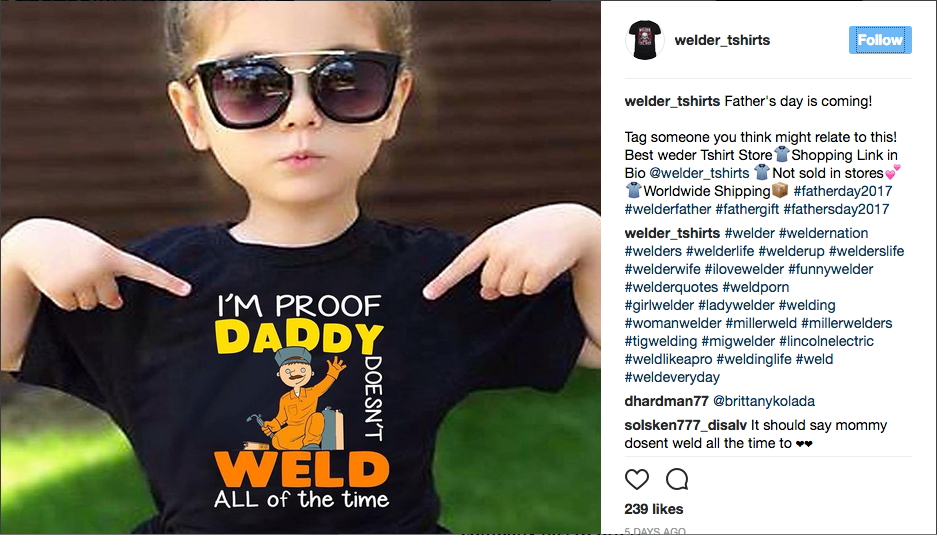 This post on Instagram showcases the company’s product in an engaging way, which means people are likely to interact with the content and the company’s traffic will increase. Welder’s product is also specifically showcased as something someone would buy a father, and is particularly timely for Father’s Day.

Instagram means images, and by presenting an interesting product so effectively, Welder T_Shirts is entering the e-commerce conversation. Using hashtags on Instagram is also a way for brands to connect users with their content, and using #fathersday2017 or #fathersdaygiftideas helped Welder T-Shirts to engage with a new audience. Relevant hashtags earn eyeballs, and they also make viewers want to see what else a company has to offer.

One could argue, however, that in this instance, Welder T_Shirts used too many hashtags, and its picture looks more like an ad and less like organic, funny content. Be sure to consider this, and our list of social media best practices when crafting your own social media campaign.

Ultimately, these three campaigns are effective because they get the most out of their advertising channels. They have tailored their messages per their medium and hit the mark with their tones.